Today of all days...

Today is the 8th of May. Which for most people educated in Europe during the last 60 years should mean something. It is the day on which, in 1945, the Allies accepted the unconditional surrender of the German armed forces and the day on which WWII in Europe officially ended. It is a day that, in Germany, is not celebrated (for obvious reasons) but that is nonetheless branded into the consciousness of every German school child (at least of Matron's generation) as the day when the most terrible phase of our history finished and the building of our current democratic, federal and social republic began. As much as any country can ever have a "Ground Zero", for Germany, this is it.

As far as Matron can tell, rebuilding a people and a country from the rubble that was bombed-out cities and bombed-out minds after six years of war and 12 years of fascist indoctrination was never an easy task. It was a task that took time and that had to overcome a hell of a lot of obstacles. But through the changing approach from the schoolbooks used by Matron's mother (where history effectively ended in 1933) to Matron's own educational experience in the 80s (Fascism as a topic not only in history, but in RE, sociology, German literature, biology and art), one can track the effort Germany made at facing its history, discussing it, insisting that it was absorbed by every descendant of those involved in making it, to ensure that it would never be repeated.

Many of these efforts had to be made on a personal level. Being blessed with grandparents who were respectively a member of the Wehrmacht, a leader of the local chapter of the "Bund Deutscher Maedel" (the female equivalent of the Hitler Youth) as well as two people who merely did nothing as they watched their Jewish neighbours disappear without explanation, Matron went through the same process that nearly every German child of her age had to go through. Asking people she loved and who loved her why they took part in these atrocities, why they looked the other way, what exactly it took for them to suppress that part of their own humanity that should have forced them to oppose the Nazi regime and its despicable actions. And getting no answers.

After over 40 years of pondering these questions, Matron managed to get no further than these realisations:


And this is where her experience and that of her compatriots differs from the experience of British citizens of the same age who rightly see the defeat of Nazi Germany by their own grandparents as one of their country's finest hours. Where most German citizens of Matron's age feel guilt, most British citizens feel a sense of pride.

And that is how it should be. Matron has no patience with those who say that none of us should feel in any way implicated in any of this given that it wasn't us who either committed the crimes or fought against those who did. In Matron's opinion, we both need to remember our countries' and families' role in this - one of us to remind ourselves that we must never act like that again, the other to remind themselves that, if necessary, they must act exactly like that again. But we must also take on the other's mantle: be prepared to do the right thing in a difficult situation and be aware of what we may be capable of given the right (or wrong) circumstances.

Because if Matron has learned one other thing, it is that the ability to commit atrocities is not limited to the German people but that it can happen anywhere and to anyone. There but for the grace of whatever goes my country and my people and my family and me. A little humility on this score goes a long way and acts as better protection against the forces of evil than any pride in national habits of resistance could ever do.

Which is why Matron - who left her country over 20 years ago with no great love for many of its cultural and political habits - is finding it more and more difficult to tolerate the extreme anti-German sentiment that can errupt in her chosen home at a moment's notice - often fuelled by a particularly vile kind of self-righteousness that is, in her opinion, not only misplaced but downright dangerous.

Most commonly, that inexplicable need for British one-upmanship arises in the context of football, where it can easily be ignored or looked upon with feelings of "bless'm" (after all, one 5:1 victory in 35 years no footballing superpower makes). But more recently, Merkel's actions in Europe have started to draw the kind of comments that used to be reserved as a reaction to stupid remarks by the German national squad and this is where Matron feels it is starting to become perilous. Because if we are taking this unforgiving and combative stance to Germany's position in the EU, we are risking much more than a bit of a pub brawl on a Friday night.

What got Matron scared, today of all days, was the comments on this Guardian article reporting Angela Merkel's call for continued austerity in France and Greece following election results in both of those countries that clearly denounced that kind of policy. Now, Matron is no fan of either Merkel or the austerity regime she preaches and if those election results mean that maybe there will have to be a rethink at EU level about the best and fairest way to approach the financial crisis so much the better (Cameron and Co, take note!).

But these comments weren't in the first instance about that. They were comments that clearly suggested that Germany is still seen by some in the UK as a country that is just waiting for an opportunity once again to goosestep over its European neighbours. Comments like "The Germans never were that keen on democracy" and "The gloves are off... and the jackboots are on..." recall a kind of war language that - 67 years on - should really have died out. They belittle historical events and they ignore any of the evolution that Germany and its people have undergone in the meantime. But more importantly, they signal to the German people that whatever they do and however hard they try to become model European citizens, their country's redemption is impossible to achieve and the sins of their fathers (and mothers) will haunt them forever. So they might as well not try?

Lets recap why Germany joined the European Union in the first place. Some may argue it was for the economic benefits, but Matron herself has always secretly favoured Sir Humphrey's assessment that "they went in to cleanse themselves of genocide and apply for readmission to the human race".

Whatever people say, economically, modern Germany seems to Matron quite equipped to look after itself and it could probably exist without the EU much better than the EU could exist without it. In Germany itself, there has never been any doubt that the EU project was a political one. From Adenauer (the new Republic's first Chancellor) via Schmidt, Kohl and Schroeder to today's leader Merkel, German leaders have worked on the base assumption that Germany and German democracy are safer inside the EU than out. It is at least partly for this reason that Germany is willing to pay vast amounts of cash into the EU's rescue fund despite the fact that this measure is wildly unpopular with the German voters and may in fact cost Merkel the next election. The only reason why it may not cost her that election, as far as Matron can see, is that any other democratic German party would be doing exactly the same. Politically speaking, there is no alternative to this approach unless you count the parties on the far left and the far right.

So riddle me this, dear Reader: for the price of a cheap joke about the folk with the Stahlhelms and their everlasting desire to rule the world (no harm in a joke, is there?), do you really want to further alienate a populace that already feels like it's the paymaster general of Europe and where people increasingly think that "they've done enough" and that Germany, should be allowed "to look after its own first"? (Sound familiar? Then you probably read the Daily Mail or the Telegraph).

For the record, Matron does not think that Germany will ever have "done enough", but then she also doesn't agree with the Daily Mail readership that in this day and age any European country has the right to just "look after its own". As far as European political stability is concerned, we really "are all in this together" because the political fallout from a disintegrating European economy doesn't bear thinking about. And as much as she disagrees with Merkel on almost every aspect of policy, she must acknowledge that, like all other German chancellors before her, Merkel is keenly aware of that. And that as the ruler of a country that shares rather a lot of borders she is probably slightly more worried about taking that risk than the ruler of a country that is divided from the rest of Europe by a stretch of water currently seems to be.

Today is the 8th of May. It is a day for remembering the total and utter horror in which a misplaced sense of inherent superiority and a focus on national self-interest can result. It is not a day for engaging in cheap shots over the bonnet that have almost nothing to do with the real issues we are facing and that, in fact, merely allow those targeted in this way to assume an air of victimhood and to continue doing the things that we should actually be criticising them for in the first place. None of this is in any way useful to anyone, almost nothing of it accurately reflects the rationales for what is actually going on over there on "that Continent" and a lot of it is downright offensive.

British people have many charming and enviable quirks including self-deprecation, irony, rationality and critical reserve. But as far as Matron's fellow country people are concerned, many Brits have a weird and totally behind-the-times mental black spot that urgently needs to be fixed if we ever want to move on. To appropriate one of Stonewall's recent slogans:

Some people are German, get over it!
Posted by Matron at 10:09 No comments: 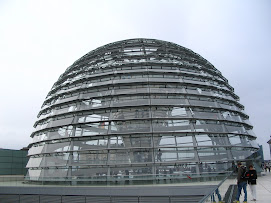